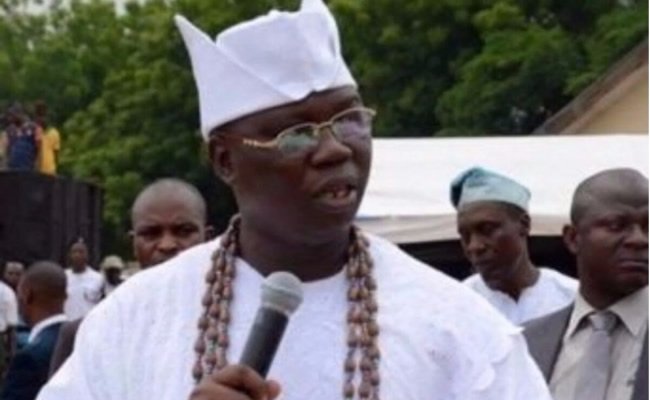 Adams warned that God would not forgive Buhari if Nigeria witnessed another war due to the current state of insecurity.

He said it when accusing Buhari of being insensitive to Nigerians’ suffering as a result of the country’s security crisis.

He noted that the call for Nigeria’s disintegration was due to the Federal Government’s inability to address the country’s challenges.

He accused Buhari of displaying a lacklustre attitude towards the insecurity challenges in the country.

Adams said, “Schools are being shut, churches, mosques are not spared. Bandits are gradually leading the country into a tailspin and the president seems to have been bereft of ideas.

“What we experience daily now in Nigeria is enough to set the country on fire.A section of the country lording itself over other sections.

“Yet they said we shouldn’t talk, that our calls for the O’odua Republic was done in bad faith. How can you explain the killings, kidnappings and banditry spreading in North, East, West and South.

“One of the greatest problems of this government is nepotism. One begins to wonder why Mr. president is insensitive to the plights of others, especially to the sorrow and agony of citizens losing loved ones to bloodshed.

“It is a wake-up call for President Buhari to address all these issues in the interest of this country; else God will not forgive him if Nigeria disintegrates through war.”

Banditry, kidnapping, terrorism and general criminalities have been on the rise across the country lately.

Students and residents of some Northern states have been the major targets of bandits.

While bandits are abducting and killing some students, Boko Haram is also raining havoc in the Northeast.

In the Southern part of the country, armed herders have attacked communities and killed their occupants, with farmers being the most affected.