The Minister of Finance, Budget and National Planning, Zainab Ahmed, and the Director General of the World Trade Organisation, Dr Ngozi Okonjo-Iweala, on Wednesday, differed on the nation’s debt-to-Gross Domestic Product ratio.

Experts who spoke to our correspondents also expressed worry over the nation’s rising debt profile.

While Ahmed put the debt-to-GDP ratio at 29 per cent, Okojo-Iweala said it had risen to 35 per cent.

Both the minister and the WTO boss spoke at the African Development Bank High Level Knowledge Event with the theme: ‘From Debt Resolution to Growth: The Road Ahead for Africa’ which held virtually on Wednesday.

This is in spite of voices calling on the government to halt borrowing and concentrate on other means of raising funds for the infrastructure needs of the country.

According to the Debt Management Office, Nigeria’s total public debt portfolio rose from N12.12tn in June 2015 to N33.11tn as of March 31.

Ahmed said the government was enforcing fiscal discipline to expand its fiscal space so that it could continue to service its debts and borrow more to build the nation’s infrastructure capacity.

She said, “As of Q1 2021, we have about a 29 per cent debt-to-Gross Domestic Product ratio. In terms of level of debt, we are still very healthy, and sustainable.

“We are struggling with revenues, which is what we need to pay our debts. We have put in place a number of measures to enhance domestic revenue.

“We are cutting costs, we are improving the ease of doing business, trying to leverage private sector resource capacity to invest in infrastructure to reduce government spending.

“We are working on increased transparency in public financial management; we are enforcing fiscal discipline to expand our fiscal space so that we can continue to service our debt and borrow more to build our infrastructure capacity.”

Ahmed also said that the total debt profile did not include that of some states, and that the federal government was making moves to correct that.

“In Nigeria, we’ve been making a lot of effort on a quarterly basis to disclose all the debts that we have and to also indicate what the debt service is.

“Currently, we are working on including other state-owned debts that have not been included in public debt for the purpose of transparency. It is important and will help us going forward.”

However, Ngozi Okonjo-Iweala, who also attended the AfDB’s event, differed with Ahmed on the nation’s debt-to-GDP ratio.

The WTO boss who had been Nigeria’s Minister of Finance in the past said the nation’s debt to GDP ratio had risen from 29 per cent to 35 per cent.

She said, “Middle-income African countries have also seen their debt burdens increase sharply. Amid falling prices and demand for oil worldwide, Nigeria’s debt to GDP ratio rose from 29 to 35 per cent; Algeria from 46 to 53 per cent, and Egypt from 84 to 90 per cent, Angola from 107 to 127 per cent.

“Debt to GDP ratios also increased for non-oil exporters including South Africa from 62 to 77 per cent. Morocco from 65 to 76 per cent.”

Okonjo-Iweala also said that scarce foreign exchange in certain African countries was creating scenarios where the governments were using scarce forex to fund the fund debt repayment rather than on capital investment.

“Even where debt to GDP or where debt to export ratios were not very high, tighter access to dollar financing because of the COVID-19 crisis means we are already seeing places where scarce foreign exchange is going to fund debt repayment instead of capital investment,” she added.

A professor of economics at the Olabisi Onabanjo University, Ago-Iwoye, Ogun State, Sheriffdeen Tella, described as a cause for worry the amount being spent by the government on debt servicing.

He said, “What is important is not even the debt-to-GDP ratio but the ability to pay, and we are presently in serious problem with payments.

“If they want to borrow money from internal sources, that could be understood. But if they are going international again, I think it is not proper because presently the level of international borrowing is what is giving them problem now.

“We are selling oil and making money but we are using that money to service the debts that we owe, and that is unfortunate.

“So, one cannot but be worry. So, government should think about creating wealth rather than continue borrowing. If they need money badly, they should borrow domestically.”

Prof. Akpan Ekpo told one of our correspondents that there was an urgent need for the government to be more transparent concerning the borrowing.

He said, “There is nothing bad in borrowing but you need to borrow to fund infrastructural projects that will pay their way.

“Looking at debt-to-GDP ratio can be quite misleading because we debased our GDP making the denominator very large compared to the numerator. Instead, we should use debt servicing to GDP ratio and debt to revenue ratio, which at the current rates are disturbing.”

Ekpo added, “FG needs to do more feasibility studies on these infrastructural projects before borrowing to fund them.

“Infrastructural projects like power and others have positive multiplier effects in the long run. For the debt acquisition, they also need to be more transparent on it too.”

President of the AfDB, Akinwumi Adesina, said that cumulative total debt in Africa was higher than cumulative government revenue.

According to him, in 2019, Africa’s total outstanding debt was $841.9bn, while total government annual revenue was $501bn.

“Millions fell into extreme poverty on the continent. Thirty-nine million Africans could fall into poverty by the end of 2021.”

He added that as of 2021, 17 out of 38 African countries for which debt sustainability was available were in dire distress. 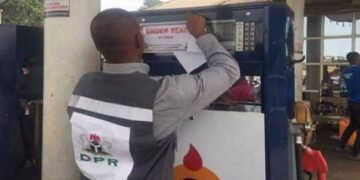 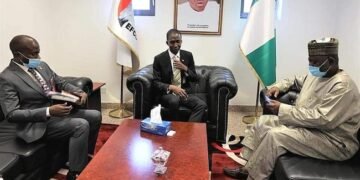 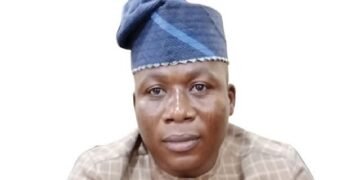 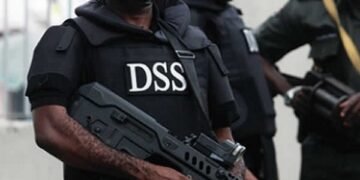 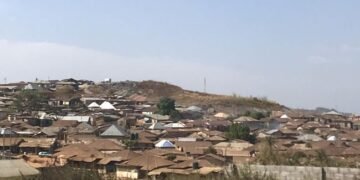