Late President Yar'Adua planned to fix Nigeria's broken power sector, but 11 years after his death, the country continues to grapple with incessant outages. 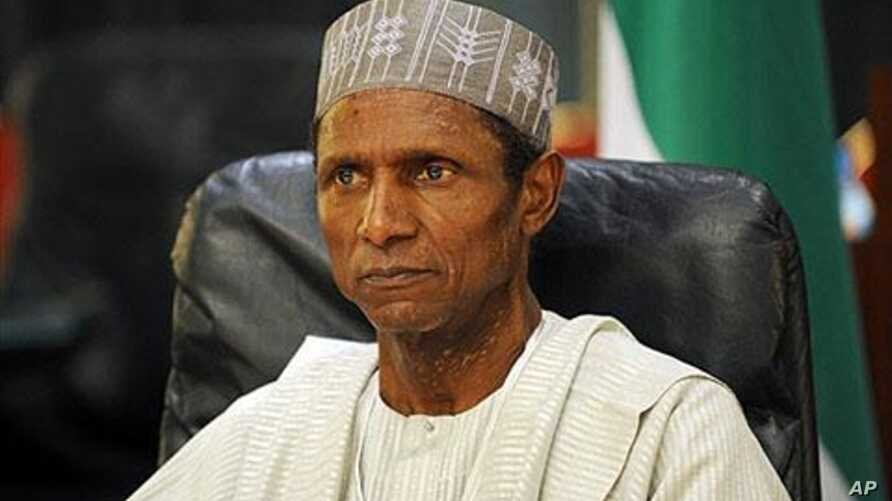 Elected in 2007, Mr Yar’Adua planned to carry out infrastructural and institutional reforms in the sector but died three years into his tenure in 2010. However, 11 years after his death, Nigeria is still grappling with erratic power supply.

“In the first six months, it will be power and energy. That is what is so critical, and I have said publicly that I will declare the sector a national emergency because almost all the other sectors of our economic and social life, in trying to develop a modern nation, depend on it,” the late president said in an interview with The News shortly after his victory at the poll.

“This sector impacts on the development of other sectors and without sorting out the problems of the power and energy sector, we will just keep going round. It is the most critical sector which drives a modern and industrialised economy. We must, as a nation, commit ourselves to solving the problems of this sector. We have the potential.”

He made this a priority in his seven-point agenda.

“The infrastructural reforms in the power sector would aim at the development of sufficient and adequate power supply to ensure Nigeria’s ability to compete as a modern economy and achieve full industrialisation by the year 2015.

But on May 5, 2010, Mr Yar’Adua died, marking not just the end of his presidency but also of his lofty aspirations for Nigeria.

Since Mr Yar’Adua’s death, Nigeria has had two presidents: Goodluck Jonathan and incumbent Muhammadu Buhari. But the systemic challenge continues.

Analysts agreed that not too much has been recorded in the sector since Mr Yar’Adua’s death in terms of power generation and distribution.

Still in a mess

Although installed generation capacity, mostly from thermal and hydro sources, has improved over the years, less than 50 per cent of the generated power is being distributed to Nigerians.

Last year, the Minister of Power, Saleh Mamman, said the country had an installed generation capacity of 13,000 megawatts but distributes less than 6,000 MW.

According to statistics provided by GET.invest, an European programme focused on renewable energy projects, only 3,500 MW to 5,000 MW is typically available for onward transmission to the final consumers in Nigeria.

This significant difference in production and distribution has been blamed on the country’s poor transmission network and incessant collapse of the national grid amongst other factors.

This is happening despite the privatisation of 11 electricity distribution companies (DISCOs) and six generating companies (GENCOs) with the federal government retaining 100 per cent ownership of the Transmission Company of Nigeria (TCN).
Also, in spite of the poor distribution, electricity tariff continues to be raised, despite protests by workers’ unions.

In all of these, communities continue to suffer outages as a result of faulty transformers and cables.

’ findings showed that about 25 communities in Lagos, Ekiti, Osun and Ogun states have been in darkness for months because the authorities have turned a blind eye to dilapidated electricity equipment.

Businesses running at a loss

This is stated in the bank’s Power Sector Recovery Programme factsheet presented during the World Bank’s virtual meeting with journalists in April.

According to the bank’s practice manager, West and Central Africa Energy, Ashish Khanna, for every N10 worth of electricity received by distribution companies, about N2.60 is lost to poor distribution infrastructure and through power theft while another N3.40 is not being paid for by customers.

Commenting on the situation, Ademola Adigun, a development expert, said rather than improve, the sector has been regressing.

Mr Adigun said the country is still struggling to evacuate power above six thousand megawatts, adding that 126 grid collapses were recorded last year across the country.

He believes that the situation might have improved if Mr Yar’Adua had continued the power projects initiated by his predecessor, Olusegun Obasanjo.

“If Yar’Adua had allowed Obasanjo’s project to continue, we would have been better than we are. But Yar’Adua, in his lack of foresight, stalled the initial Obasanjo design and started what was impracticable, then Jonathan compounded it,” Mr Adigun said.

He was referring to the Nigerian National Integrated Power Project (NIPP) initiated by the Obasanjo Administration in 2004 to address insufficient electric power generation and gas flaring from oil exploration in the Niger Delta region.

Seven power plants were located in gas-producing states under the project but the Yar’Adua Administration abandoned the project.

It was later restarted by Mr Jonathan but now, the Bureau of Public Enterprises is planning to sell five of the 11 NIPP projects.

This was disclosed in a statement released by the Director-General of the BPE, Alex Okoh on Sunday.

Mr Adigun said selling the projects may not be the intervention needed, stating that many companies buy government’s asset without plans to improve the finances.

The sector needs people who are able to invest money beyond purchasing them, the development expert said.

He also canvassed for the passage of the Petroleum Industry Bill (PIB), which contains transparency and accountability provisions needed to reform Nigeria’s oil and gas sector.

He said the passage of the bill, which scaled second reading in October 2020, is necessary because Nigeria needs gas for its power projects.

The situation would have been better if Nigeria harnessed the gases being flared annually and other alternatives, another expert stated.

Michael Bukoye, an engineer based in Kwara State, said the country has abandoned other means of generating power.

“Look at the gas being wasted in oil companies. It is sad. I served in one of the oil companies in Delta State and I can tell you that the gas flared in those communities are underreported. We can convert them to our advantage rather than allow them to kill people. But you know what? Our government does not care.”

In 2020 alone, natural gas valued at $1.24 billion was burned off by oil companies in Nigeria, according to the NOSDRA, a government-run satellite tracker.

Nigeria’s gas flaring commercialisation programme, established in 2017 to see to the good use of gas by private companies and end gas flaring by 2020, was stalled by the COVID-19 pandemic and tussles in the petroleum ministry.

Apart from the flared gas, some facilities like the Ikere Gorge Dam in Iseyin, Oyo State have also been neglected.

The dam was designed to support a hydropower project, but lack of equipment and climate change have kept the project a mirage, last year.

In fact, findings showed that the area has no access to electricity, despite the project.

Peter Farai, a professor of physics in the University of Ibadan, advised Nigerians to invest in solar power to complement the existing power generation means.

According to him, with N1.5 million, a house can generate power through solar.